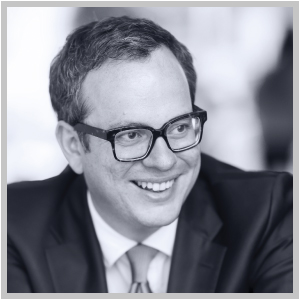 He is also co-founder of StartUp Britain, the national initiative for early-stage enterprise launched by the Prime Minister and fully supported by HM Government. The campaign helped to create the environment for a record-breaking 500,000 new business registrations in 2013.

Michael has worked at the heart of the national enterprise effort assisting the Department for Business on the development of initiatives including Start-Up Loans, Business in You, the Seed Enterprise Investment Scheme and the Small Business Charter, on whose management board he also sits. As a member of Catalyst UK he works with UK Trade & Investment to promote UK excellence internationally.

He is Chairman of Entrepreneurs at the private bank Coutts, and is an Advisory Board Member for the National Business Awards. He has also been appointed Honorary Fellow of the University of Cambridge Judge Business School Centre for Entrepreneurial Learning.

An acknowledged destination marketing expert, Michael is a non-executive director of Creative Sheffield, a member of Festivals Edinburgh, and has also served as a Non-Executive Director with the City of Westminster (Westco), and as a commissioner on The Future Of Cities Inquiry.

Michael has written as The Daily Telegraph’s Enterprise Columnist, writes for the Evening Standard and is a regular reviewer on the Sky News Murnaghan show. He has co-authored a new book from Penguin ‘Mission: How the Best in Business Break Through’ which will be published in July 2015.

He is one of GQ Magazine’s inaugural 100 Most Connected Men, and was awarded an MBE in the 2014 New Year’s Honours List for services to enterprise promotion.

“The UK has experienced a remarkable enterprise upsurge since 2010, with over 700,000 new companies created – thanks in no small part to supportive schemes from Government like EIS and SEIS. I am delighted to support the Growth Investor Awards in its campaign to recognise the impact of these schemes on the economy and the entrepreneurs who are optimising growth capital to create jobs and wealth for the nation.”